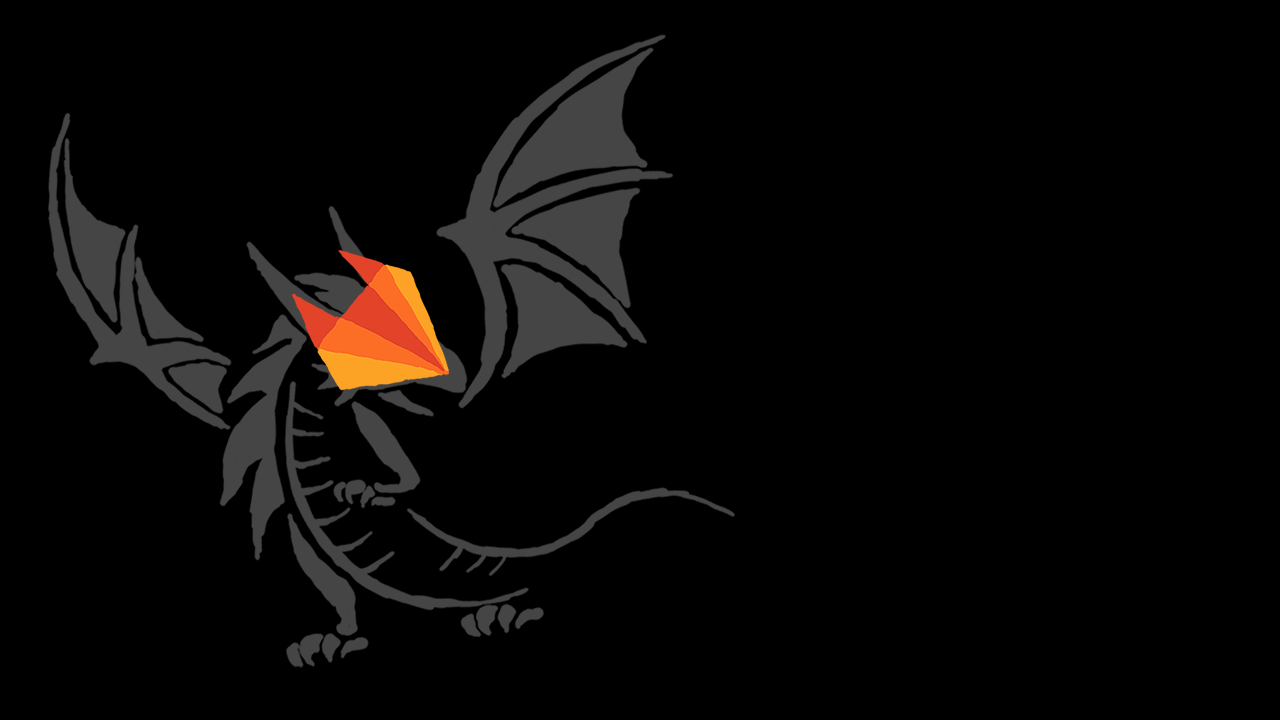 At the Real World CTF, we came across an interesting web challenge called flaglab. The description said:

there was a link to the challenge, and there was a download link for a docker-compose.yml file. Upon visiting the challenge site, we are greeted by a GitLab instance. The docker-compose.yml file can be used to set up a local version of this very instance. Inside the docker-compose.yml, the docker image is set to gitlab/gitlab-ce:11.4.7-ce.0. Upon doing a google search on the gitlab version, we stumbled upon a blog post on GitLab Patch Release, and it seemed like it was the latest version - the blog post was created on Nov 21, 2018 and the CTF was happening on Dec 1, 2018. So we thought we would never find an 0day in GitLab due to its huge codebase and it's just a waste of time...

But as it turns out, we were wrong on these assumptions. During a post CTF dinner with other teams, some people from RPISEC told us that it was not the latest version - there was a newer version 11.4.8 and the commit history of the newer version reveals several security patches. One of the bugs was a "SSRF in Webhooks" and it was reported by nyangawa of Chaitin Tech (which is also the company that organized the Real World CTF). Knowing all this, it was aactually a fairly simple challenge, and I was mad because we gave up without doing enough research. So after the event, I tried to solve this challenge from the knowledge gained so far.

Let's start setting up a local copy of the vulnerable version of GitLab. We can start by looking at the docker-compose.yml file.

From the above YAML file, the following conclusions can be made:

You can create these required files and folders using the following commands:

Now that we have the required files and folders, we can start the docker container using the following command.

The process of downloading the base image and building the gitlab instance might take a few minutes. After you start seeing some logs, you should be able to browse to http://127.0.0.1:5080/ for the vulnerable GitLab version.

Now it's time to configure the chrome browser to use a proxy. You can do it manually by going to the settings and changing it there, or you can do it via the command-line which is a bit handier.

I had problems with the Burp Suite proxy not being able to intercept the localhost requests even with the bypass list being empty. So a quick workaround was to add an entry in the hosts file like the following.

Browsing to http://localhost.com:5080 now lets us access GitLab through the Burp Suite proxy. That's all for the setup!

As you already know, we thought that 11.4.7 was the latest version of GitLab at that time, but in fact, there was a newer version 11.4.8 which had many security patches in the commits. One of the bugs was related to SSRF and it even referenced to Chaitin Tech, which is the company responsible for hosting the Real World CTF. Additionally we also know that the flag file is located in the /(root of the file system), so we need an Arbitrary File Read or a Remote Code Execution vulnerability. Now let's have a look at those patches for SSRF and other potential bugs. At the top, you'll find 3 security related commits.

There's our SSRF in Webhooks, we also have an XSS, but it's rather not that interesting for us, and finally, we have a CRLF injection (Carriage-Return/Line-Feed) which is basically newline injections. If we look at the fix for the SSRF issue and scroll down a bit, you'll see that there are unit tests to confirm the fix for the issue. These tests tell us how to exploit the bug, which is exactly what we wanted. Looking at some test cases, apparently, special IPv6 addresses which have an IPv4 address embedded inside them can bypass the SSRF checks.

The other issue was a CRLF vulnerability in Project hooks, scrolling down to test cases you can see it's merely URLs with newlines. Either it's URL encoded, or simply they are just regular newlines. Now the question is, can these bugs help us in exploiting GitLab to get the flag? Yes, they can. By chaining these 2 bugs, we can get a Remote Code Execution. It's actually a typical security issue. Basically, an SSRF or Server Side Request Forgery is used to target the local internal Redis database, which is used extensively for different types of workers. So if you can push a malicious worker, you might end up with a Remote Code Execution vulnerability. In fact, GitLab has been exploited like this several times before, and there are many bug bounty writeups which are similar to this. I don't remember where I first came acorss this technique, but I believe it's @Agarri_FR back in 2015, tweeted about this and also there was a blog post by him from 2014. I did come across many bug  bug bounty writeups, so everyone who's into web security should know about this.

Now onto the fun stuff, first, let's see if we can trigger an SSRF somewhere. At first, I thought about targeting the Webhooks (used to send requests to a URL whenever any events are fired in the repository) like it's mentioned here. However, when I clicked on the create a new project, I saw multiple ways to import a project and one of them was Repo by URL, which would basically fetch the repo when you specify a URL. We can import a repo over http://, https:// and git://. So to test this, we can try to import the repo using the following URL.

But we'd get the error that "Import URL is blocked: Requests to localhost are not allowed".

Now, we can try the bypass using the special IPv6 address. So if we replace the import URL to the following.

We just have one running, and it's the GitLab 11.4.7. We can get a shell on the container using the following command by specifying a container ID.

Now that we have the shell, we can install netcat so that we can set up a simple server to listen for incoming SSRF requests.

Setting up a raw TCP server is simple as the following command.

Now that we have our SSRF testing setup done let's make the same import request to see if we can trigger the SSRF. Additionally, Instead of specifying the URL from the web application in the browser, we can use the Burp Suite's repeater to quickly modify the HTTP request to our needs and send it away. To do this, we can modify the old "Repo by URL" request. We can update the URL to http://[0:0:0:0:0:ffff:127.0.0.1]:1234/test/ssrf.git and the name of the project to something that isn't already there and send the request.

As you can see from the above image, we did get the request trapped in our netcat listener, and this confirms that there is SSRF which can talk to internal services, which in our case was the local netcat server on port 1234, which means that we can talk to the internal Redis server running on port 6379(specified in the docker-compose.yml).

But what is Redis and how does GitLab use it?

Redis is an in-memory data structure store, used as a database, cache and message broker. GitLab uses it in different ways like storing session data, caching and even background job queues. Redis uses a straightforward, plain text protocol, which means you can directly connect to Redis using netcat and start messing around.

It gives us an error saying that there are wrong a number of arguments for the 'get' command which makes sense because from the earlier example, we know how 'get' command in Redis works. But, then we were dropped back to the shell, however from earlier, we saw that Redis doesn't quit even if there errors, so what is actually going on? Pasting the raw HTTP protocol data line by line gives us the answer. The second line Host: [0:0:0:0:0:ffff:127.0.0.1]:1234 is responsible for the Redis terminating the connection unexpectedly. This happens because SSRF to Redis is a huge issue and Redis has implemented a "fix" for this. If the string "Host:" is present to the Redis server as a command, it'll know that this is an HTTP request trying to smuggle some Redis commands and stops the execution by closing the connection.

Only if we could get our payload in-between the first line(GET /test...) and the second(Host: ...), we can make this work. Since we control the first line of the HTTP request, can we inject some newlines and add more commands?

Yes, remember the CRLF injection bug we saw in the Security Release and the commit history, we can use that! From the commit history's test cases, we can see that the injection is pretty straight forward. By merely adding newlines or URL encoding them would do the trick for example.

However, this didn't work out. Not sure why this doesn't work, but by changing the protocol from http:// to git:// makes it work.

Now that we know what Redis is, where it's being used and how we can add newlines using the CRLF injection, we can move on into creating a payload for the RCE. The idea is to talk to this internal Redis server by using the SSRF vulnerability and smuggling one protocol(Redis) in another(git://) and get the Remote Code Execution.

Fortunately, @jobertabma has already figured out the payload. Let's have a look at it.

As you know, Redis can also be used to background job queues. These jobs are handled by Sidekiq, which is a background tasks processor for ruby. We can look at the list of sidekiq queues to see if there's anything that we can use.

There's system_hook_push which can be used to handle the new jobs and it's the same one which is being used in the actual payload. Now to execute code/command, we need a class that would do it for us, think of this as a gadget. Fortunately, Jobert has also found the right class - gitlab_shell_worker.rb.

As you can see, this is exactly the class we've been looking for. Now this GitlabShellWorker is called with some arguments like class_eval and the actual command which needs to be executed, and in our case, it's the following.

In the actual payload, we push the queue onto system_hook_push and get the GitlabShellWorker class to run our commands.

Now that we have everything we need for the exploitation, we can craft the final payload and send it over. Before doing that, I need to set up a netcat listener on our main machine (192.168.178.21) to receive the flag.

Some points to note:

The final import URL with the payload looks like this:

Now if you send the "Repo by URL" request with this URL, we get the flag!

This was a simple challenge, and after hearing about a newer version from the RPISEC team, and after seeing one of the reported bugs was by Chaitin Tech (organizers), it was just a matter of 2-3 hours to solve this challenge.