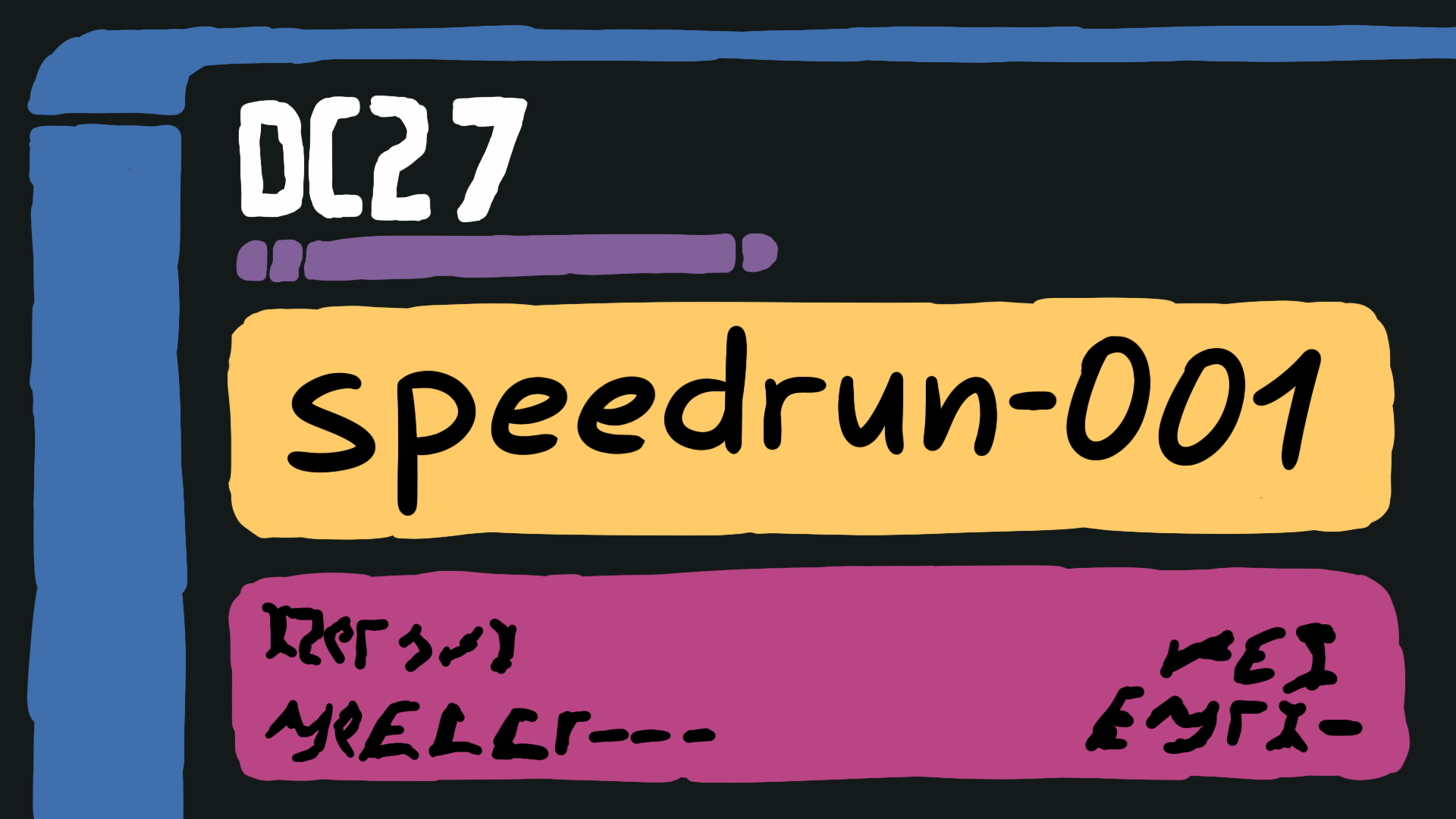 In the speedrun category in the Defcon-27 CTF qualifier, there was a new challenge released every two hours. The first few solves got more points, but later it was only worth 5 points. These speedrun challenges were generally simple, and I do see some potential since they are actually solvable for beginners too. The bigger CTFs don't generally have challenges for the beginners because it's time-consuming for the competitive teams and they take away valuable time from the hard challenges. However, wrapping it into a speedrun could make them interesting because creating good tooling around speedrunning and optimizing efficiency can be interesting for the top teams and also this gives beginners a chance to solve some challenges.

In this post, we'll look at the challenge speedrun-001, which is a straight forward binary exploitation challenge. Let's quickly go over the setup. In the past I often used vagrant as a way to manage Linux Virtual machines; however, I have since moved to using docker, and it's pretty simple to use.

First thing we gotta do is to look at what the binary does.

It just prints out a message and asks if we have any last words, so let's just try liveoverflow as a test string.

As you can see, we get the message back. Because our input is reflected, it's good to check for format string vulnerabilities using eg. %x to see if there's any leak. But there wasn't.

I also tried to reverse engineer the executable using Ghidra, but the decompilation shows that the code is too much obfuscated and we don't really have the time to reverse this mess. Because it's a speedrun challenge, I assume this is not the intended way.

I attached gdb to the executable, and this time we can try an input with a lot of AAAAA..., and guess what? We got a Segmentation Fault; indeed, it was a simple buffer overflow. Instead of using a pattern generation and checking the offset, I simply tried to do that by hand; I thought it's a bit quicker that way. I also quickly checked for some protections like NX using checksec.

As you can see, the NX bit is turned on, which means the stack is not executable, so shellcode is a no-no. Also, there's no PIE (Position Independent Executable) which means no ASLR (Address Space Layout Randomization).

I also thought about ret2libc, but when I looked for the global offset table, there were no libc functions. As it turns out, the binary is statically linked, which I should've checked at the beginning.

So I guess we need a ROP chain.

Making a ROP chain by hand is probably too slow. So let's use a tool which generates one for us! The tool I choose was Ropper.

Ropper outputs as python code, so we can simply copy it to our exploit. Here I'll copy the ROP chain into the python interpreter and write it to a file.

Here, the first cat will read the exploit and send it, the buffer overflow happens, and our ROP chain will eventually get us the shell. Then the next cat with no arguments will read the input we type and send it to the output too. We do this because we sent our triggering exploit via netcat and when the shell is executed, the second cat will be waiting for our input. Now we can simply read the flag file, pretty straightforward, right?

Well, in reality, this challenge took me 17 minutes and 30 seconds to complete it. And of course, it wasn't as smooth as the writeup goes. So I have tried to breakdown the entire timeline for you - I think it could be interesting.

As you can clearly see, fails happen even with the most basic challenges. Googling around and fighting with errors is normal. I hope you guys like the timeline breakdown.

I don't really offer much as rewards for my Patrons or my YouTube members, but for this challenge I have actually something.

I recorded myself solving this challenge during the CTF. And so as an exclusive reward I have prepared a bonus video of me solving the challenge in real time with added commentary, to explain what I was thinking at each step in time. So if you are interested in that video, please consider supporting me on Patreon or become a YouTube member. Thanks!